How often are the ads updated?

On every proposal there is a link to a PNG file (via "Share This" button, see screenshot by @BlasSoriano), which may be used to advertise the proposal.

I always assumed these files update themselves, but at the moment the file for the Latin Language proposal shows "90 followers", even though it should show "51% committed". 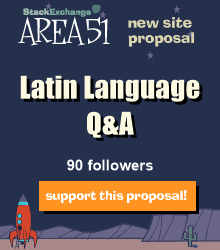 I just saw this ad on Academia.SE and it showed the correct "51% committed", so I'm not sure if it only shows "90 followers" to me (as a follower/committer of the proposal), or whether the ad really hasn't been updated since January 2015.

In any case, there doesn't seem to be a way for a normal user like myself to get his/her hands on an up-to-date ad for an old proposal.

2
On-topic/off-topic questions: how often updated?
7
Are there tools for in-person promotion of a proposal?
3
How can we promote the woodworking site?
4
How can I delete Area51 account?
16
Persistent bugs hindering users from participating: Failure of StackExchange to recognize when Area51 & SE accounts have the same email address