The reason for closing LibreOffice proposal seems to be quite weak - as there are tons of other existing SE sites which do overlap a lot with superuser.

The important point is not whether these sites overlap with SuperUser but whether they overlap completely. If there is evidence that a significant body of questions that would be off topic on an existing site, then the proposal could get up without being closed. But in the case of LibreOffice or any other office product, I cannot think of any question that would not be on topic on Super User.

The examples you gave in comments all had significant spaces of questions that are off topic on SuperUser, except for Ubuntu. Considering the momentum behind the formation of that site, I think that StackExchange management were willing to make an exception. But just because they made one exception doesn't mean they will keep making it. And unless you can show that a LibreOffice site will be as active as the Ubuntu site, I don't see why StackExchange should make an exception for LibreOffice as well.

I would like to see LibreOffice re-opened since at the moment the SU solution doesn't really convince to work. I've made a quick check and it seems people just ask their LibreOffice related questions all over the place. This is probably since it is not that obvious to the common solution seeker to start their quest on SU. 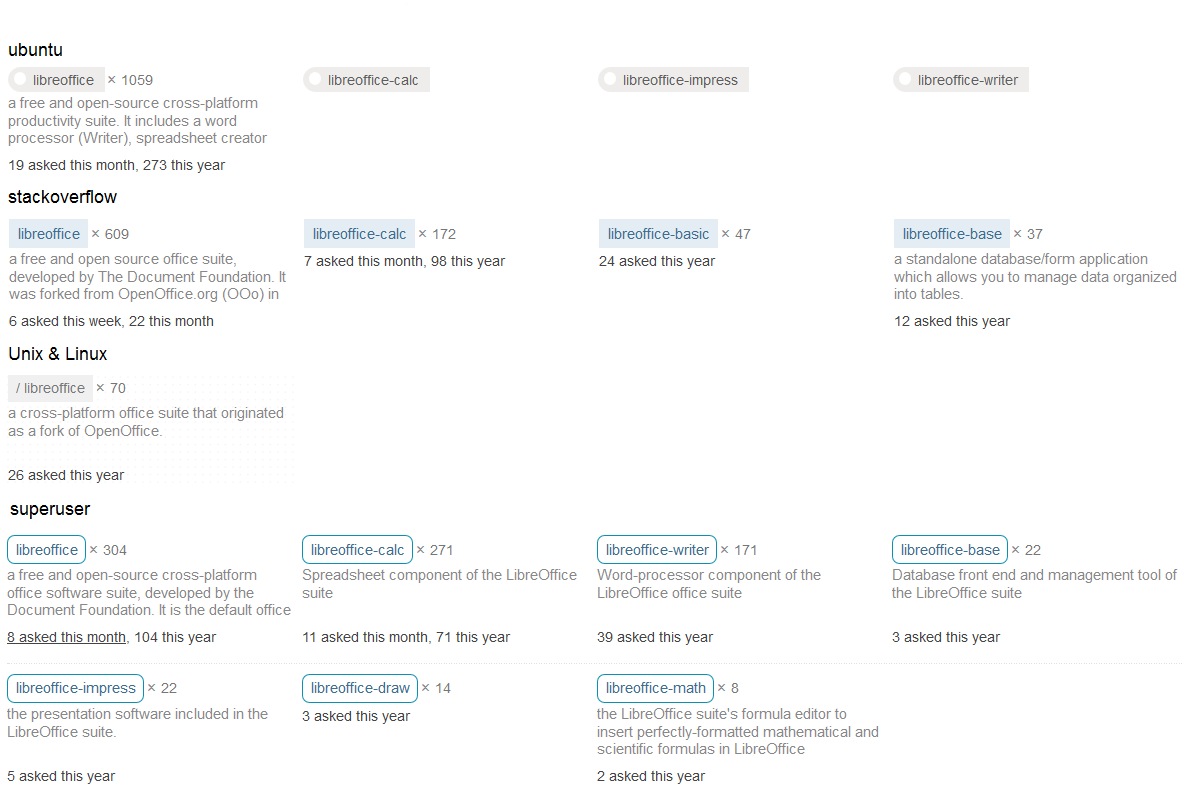 In my opinion the problem is that SU is just covering to many topics.

I mean, apart from that the LibreOffice community seems to have taken matters into their own hands with creating their own SE flavored platform. Which is OK and serves the purpose much better than SU, IMHO. But there's nothing like the matured SE expert environment and being a huge SE supporter I of course would love to be it a part of the extremely skilled SE community.

13
Why did this proposal disappear without warning?
9
Allow users who cannot vote to close a proposal to flag it for closing
0
I accidently clicked the wrong reason for closing a question
1
What is the threshold and/or logic for closing a proposal as a duplicate?
10
What does it take to spin off a subtopic site?
1
Guidelines for checking viability before proposing site
7
Can we add a custom close reason specific to a51