What's the difference between total rep and user rep?

What is the difference between sorting by total rep and sorting by user rep? Switching between them doesn't seem to change the sort order in a noticeable way, though I haven't examined them particularly closely.

(Thanks for being my guinea pig, Pekka.)

(The accounts shown in the screenshot are Mohit Bumb, and Simon Hodgson.)

To notice that in the case of, he has more than 2 accounts, and the sum of the reputation on those accounts is higher than 202. This could be explained with cached data that is used to show the flair, but it could also be explained with the fact the flair doesn't show the sum of the reputation on all the sites where the user has an account. Knowing which sites are considered, in this case, is quite difficult; I would expect that Area 51 is always included, but I cannot confirm this.

Normally, there is no difference between sorting the user using their total reputation, or their user reputation. In some cases, there could be a difference, such as in the following (hypothetical) example:

For users that have referred other users, I think the total reputation includes also the reputation of the referred users, such as in this case: 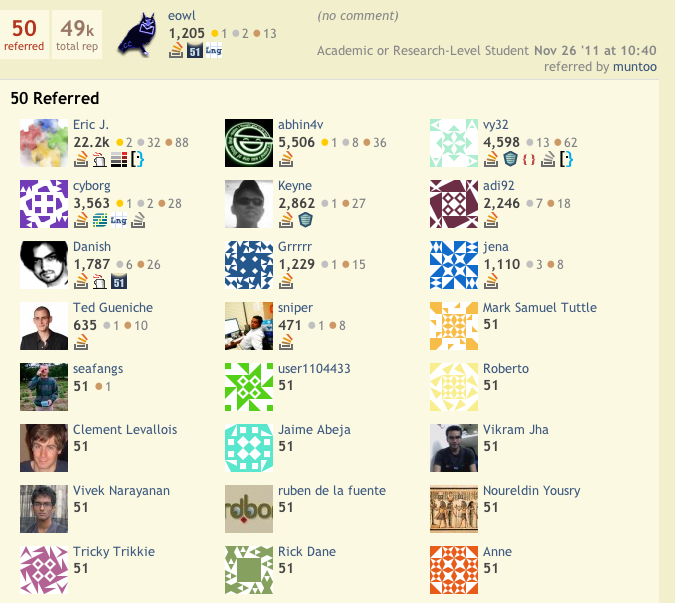 kiamlaluno's description of how user reputation is calculated appears to match up with my observations for users that have met the "avid user" 200-point requirement but I haven't looked into that part very closely.