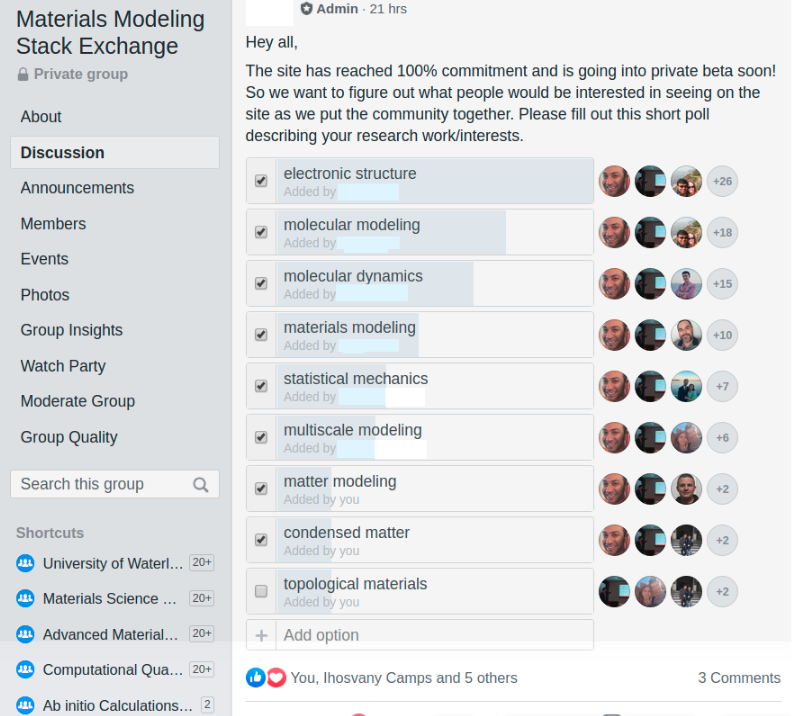 20
Vote here to decide the name
10
Discussion about Education vs. Mathematics Teaching and Pedagogy
16
Persistent bugs hindering users from participating: Failure of StackExchange to recognize when Area51 & SE accounts have the same email address
7
What should this site be called?
33
Choosing a name for the Proof Assistants site