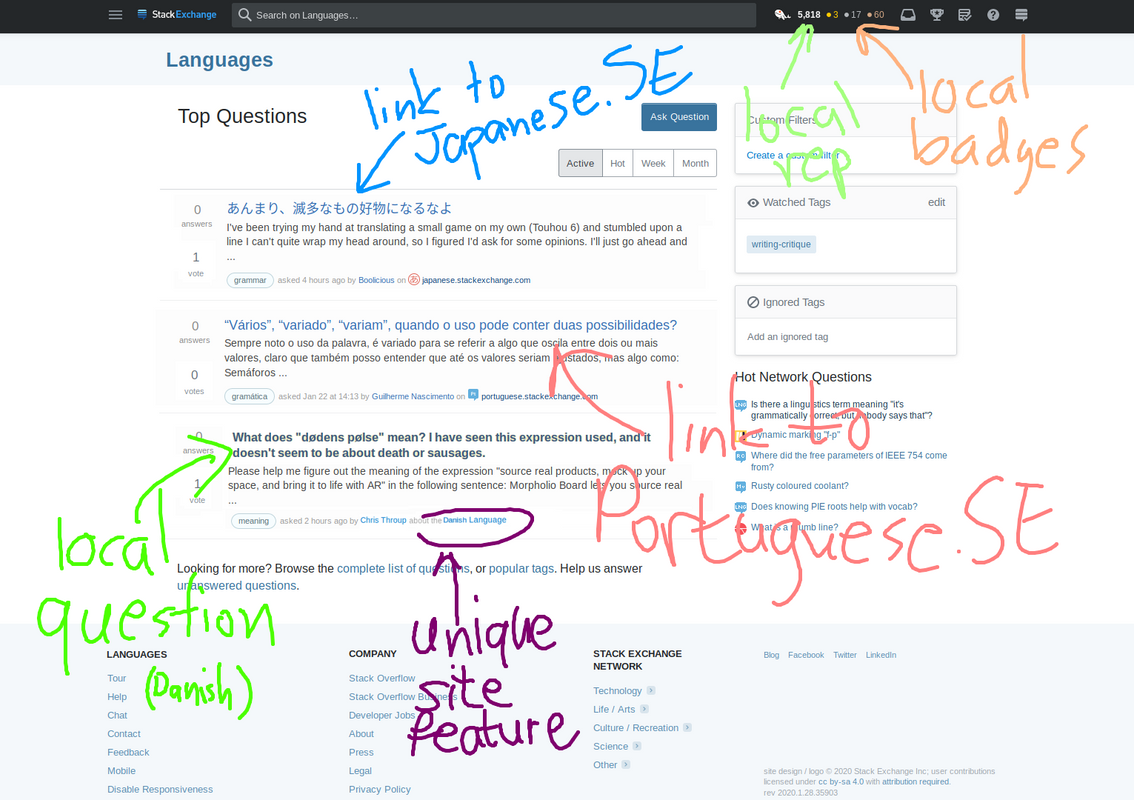 25
What are the advantages of single language sites over collective ones?
-5
Merging All the Language Proposals into one language website
7
Would it be a better idea to propose "Indian Languages"?
6
Can we undelete the Languages.SE idea please?

2
How are you planning to scale the SE sites to use different languages?
5
Islam: Would foreign-language questions be permissible?
11
Should the proposal definition be changed?
8
Bilingual "Tags"الكلمات الدلالية باللغتين
18
Instead of creating many language specific sites, shouldn't we expand the multilingual features of the original one?
10
Is creation of new language-devoted sites still allowed after the "Internationalization 'State of the Stack' - SE 2.0 Sites edition" was issued?
25
What are the advantages of single language sites over collective ones?
4
How is this different from individual language sites?
11
Is there interest in a general "Semitic languages" site?