A message from our CEO about the future of Stack Overflow and Stack Exchange. Read now.

Broadening the scope to: “Sanskritic Languages”

This proposal is unlikely to reach 40 questions with 10 upvotes within the 4 month limit, based on the current pace.

Few people actually speak Sanskrit and have questions about it, but have plenty of questions about words in Sanskrit-based languages like Gujarati, Hindi, Punjabi, Marathi, Sinhalese, Sindhi, Urdu, Nepali, Bengali and perhaps others. A "Sankrit-based langages" Stack Exchange, is a stack exchange that I truly believe we should have, since I often have questions about word origins or meanings that I can't find the answers to online, but democracy with upvoting might give me the type of consensus I need. For example my first name is of Sanskrit origin but I don't know what it means because I can't find a definitive source online, and my only knowledge about my name is from people who have told me what they believe it means (now all we need is a system for upvoting/downvoting such answers).

I didn't make this proposal, and I feel that the user that initially made the proposal should have say in this. But seeing that this proposal is unlikely to make it to the Commitment phase the way it is right now, I wonder if people would be open to the idea of broadening the scope to "Sanskritic Languages" which would include all languages that descended from "Vedic Sanskrit": 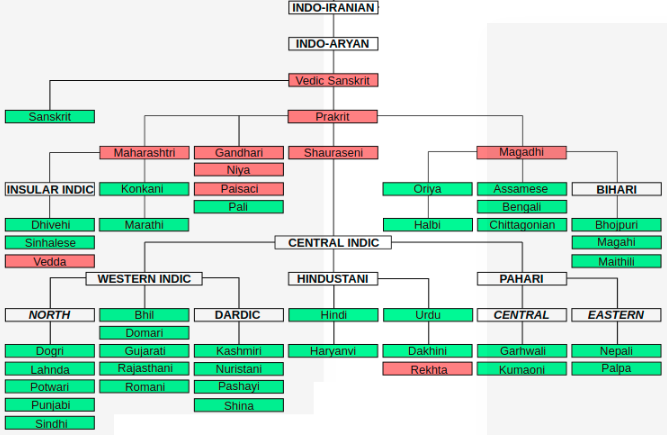 I actually like this idea. There is precedent here on Stack Exchange for broadening the scope of a language site to include related languages.

Not the answer you're looking for? Browse other questions tagged culture .

-2
Homeward bound - time for questions
1
Languages of the subcontinent?

12
How will questions about local history be handled?
4
Being the 2nd biggest religion of the world, why isnt it listed in Stack Exchange?
5
Would this type of question be a good fit for the proposed politics site?
7
how to get new questions voted
4
Hindi and Urdu Language
14
Classical Languages/Cultures?
0
Do programming languages have a place within Conlang discussion, and why or why not?
10
Is there interest in a general “Semitic languages” site?
6
Would it be a better idea to propose “Indian Languages”?