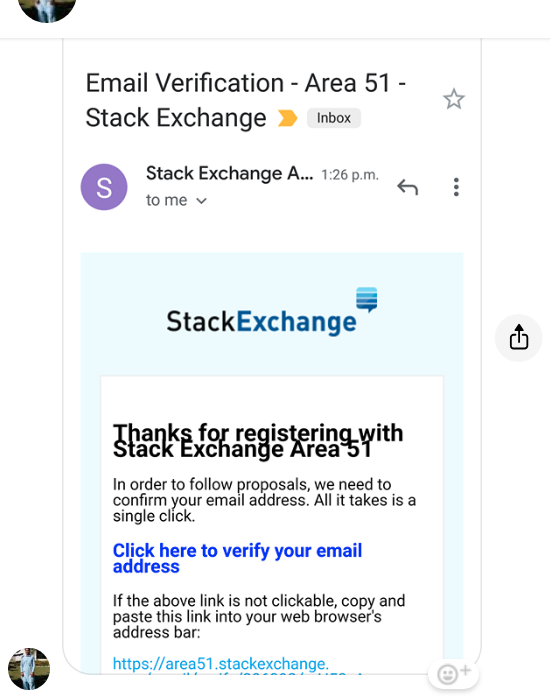 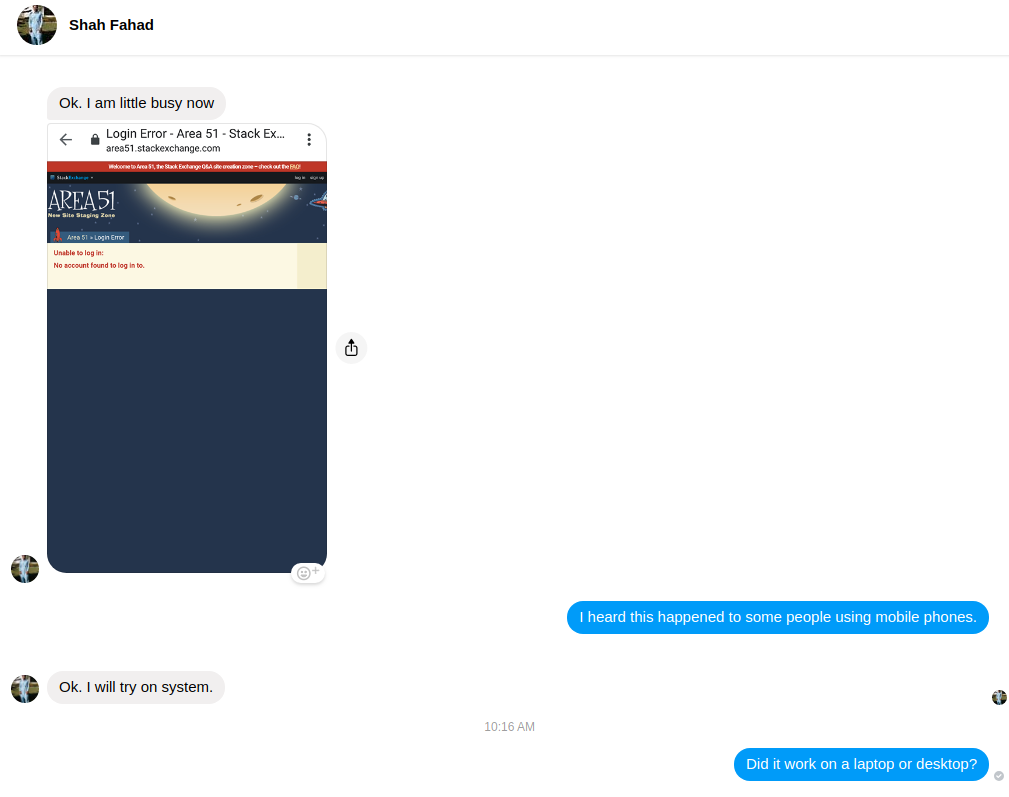 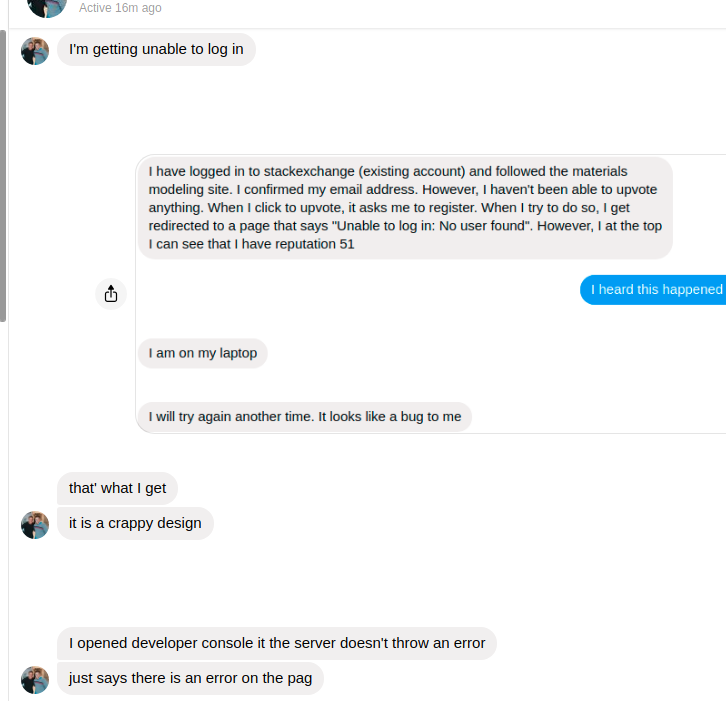 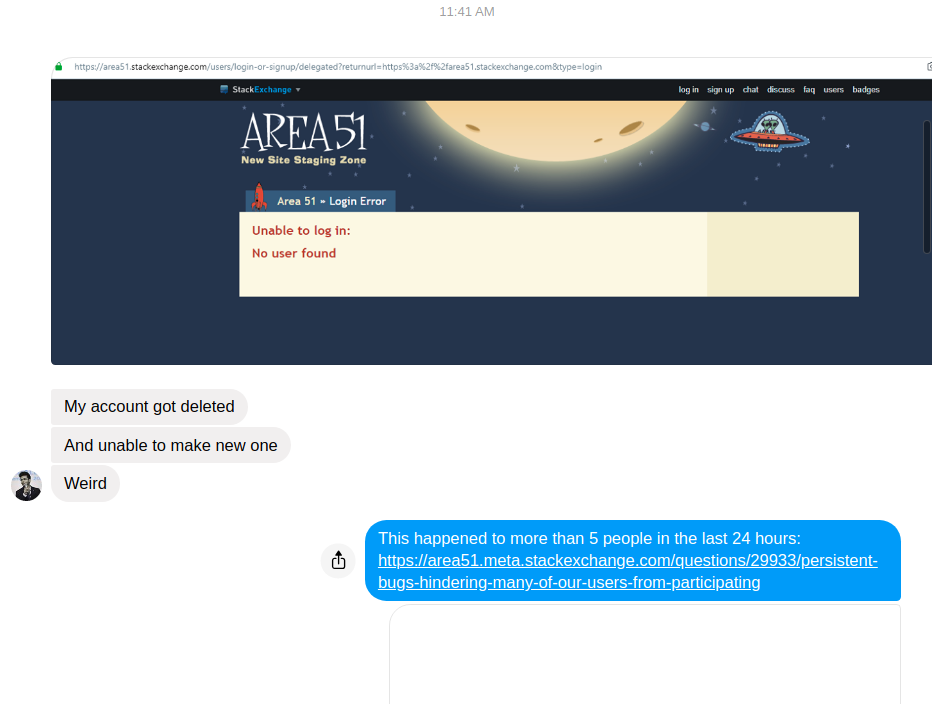 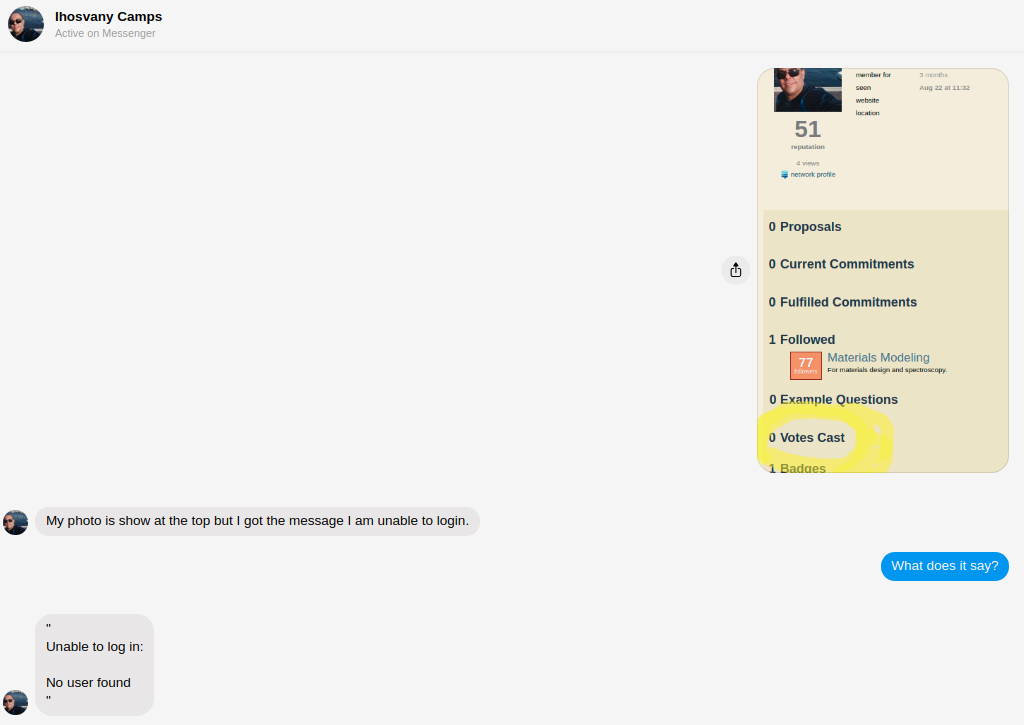 17
Could a large number of supporters help offset a <100 number of commiters with >200 rep?
7
Might it be considered, to add the "new user" box for users of Area51 that are brand new to Stack Exchange?
11
If you are showing a rep of 51 or 151 you may have committed incorrectly
3
Can a Stack Exchange employee please connect these accounts to their network profiles?
4
"Unregistered" Users: How does it happen, and will they be invited to Beta?
2
Bug with verifying email addresses

4
Error when trying to commit
7
Might it be considered, to add the "new user" box for users of Area51 that are brand new to Stack Exchange?
3
Can a Stack Exchange employee please connect these accounts to their network profiles?
4
"Unregistered" Users: How does it happen, and will they be invited to Beta?