apparently i cannot submit a discussion for my new proposal (was deleted but i recreated), i am getting message that this proposal was deleted! 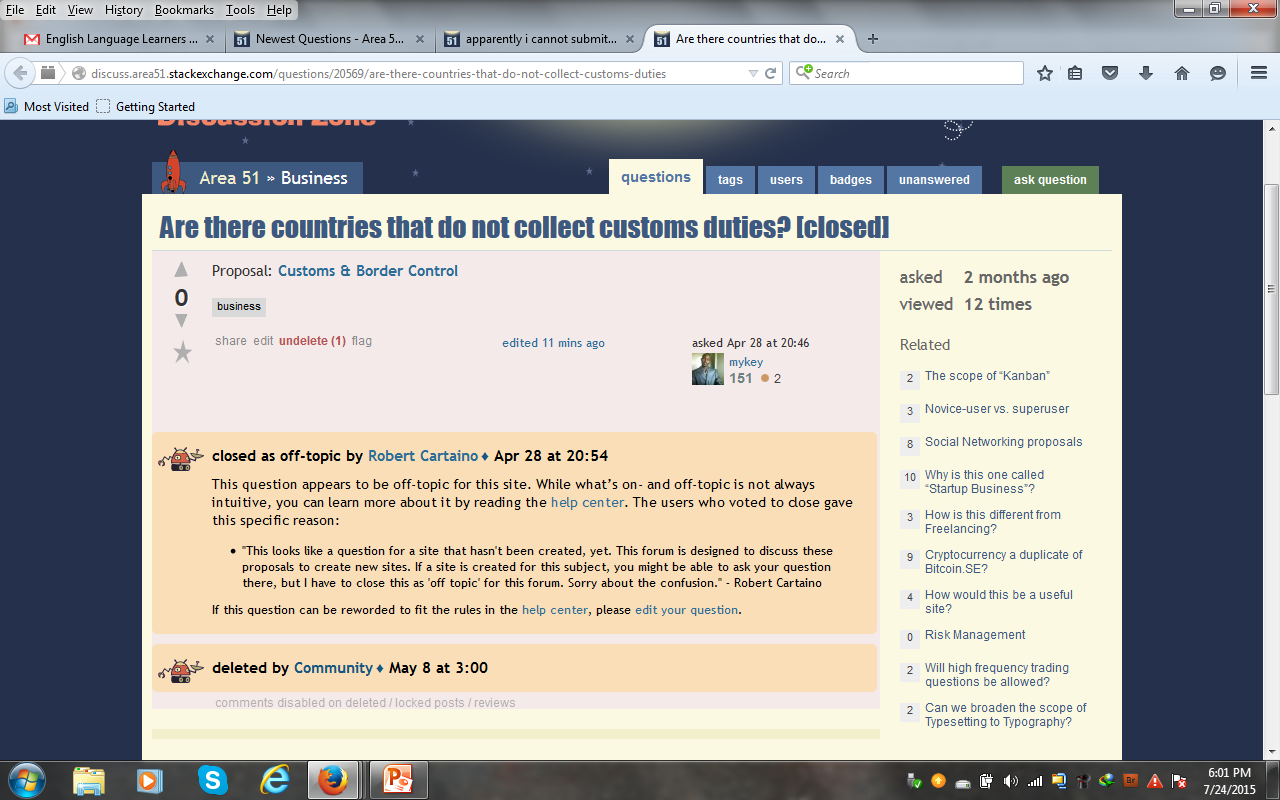 That looks as though you've posted an example question here in the discussion area and that's been deleted. The proposal itself looks alive and well:

To add a new example question press the "Post Your Example Question" at the bottom of the above page. Pressing the "create new discussion" shouldn't be used for example questions, that's for more general discussion of proposals and support questions.

Not the answer you're looking for? Browse other questions tagged business discussion .

8
Social Networking proposals
1
Why was the future studies proposal deleted, but less frequented and older proposals still exist?
8
Summarily dismissed proposals should remain visible
2
Are “reminder questions” to participate in a proposal okay?
9
How is Startup Business going to be different from the close Startups proposal?
1
International and National Standards
0
Why was this proposal deleted?