Edit: Found this site Mathematica, which was significantly not as good as these two in question when it left. I would also like to note that the last one to graduate did two years ago.

This question was asked years ago, but I feel it really needs resurrected for a couple specific sites: Programming Puzzles & Code Golf and Code Review. These two are the longest standing beta members at this point, with their limiting factors being more the nature of the site and site culture. Each of the sites stats are here below: 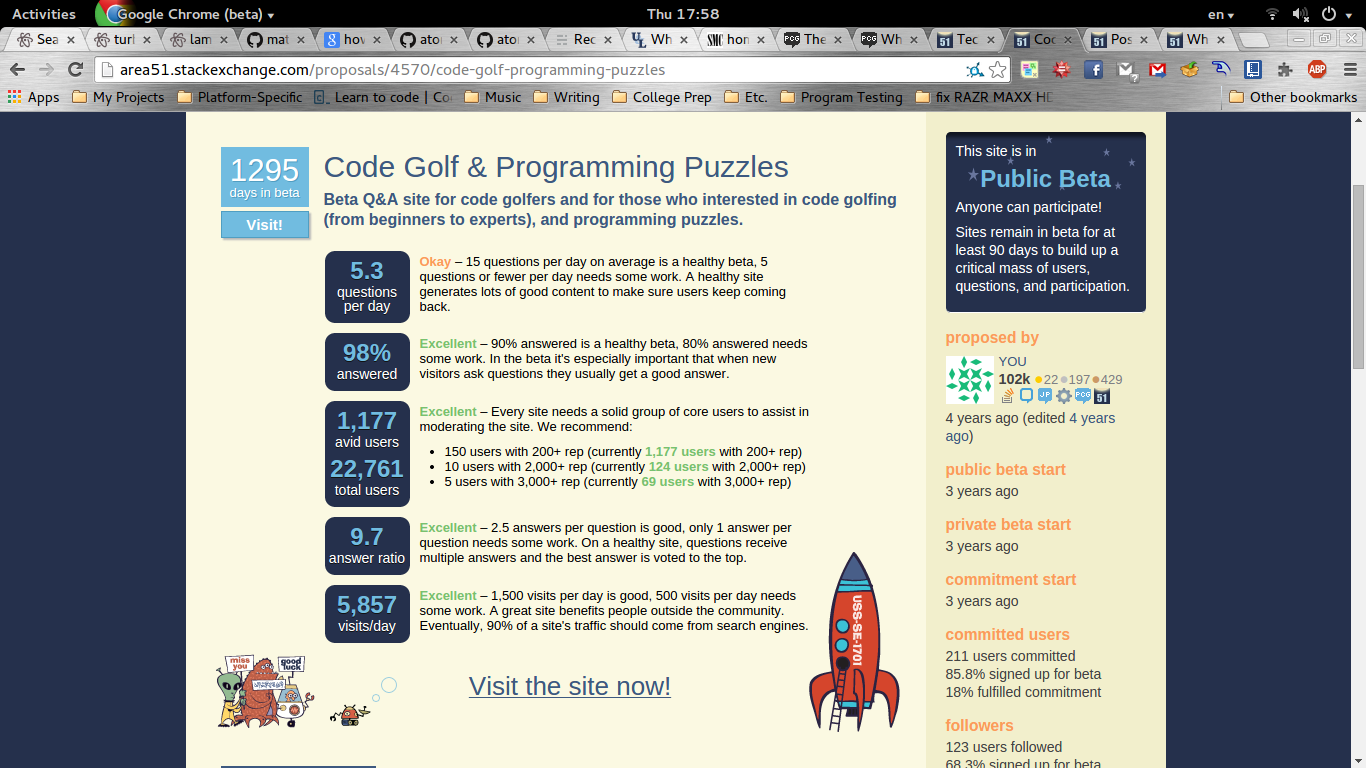 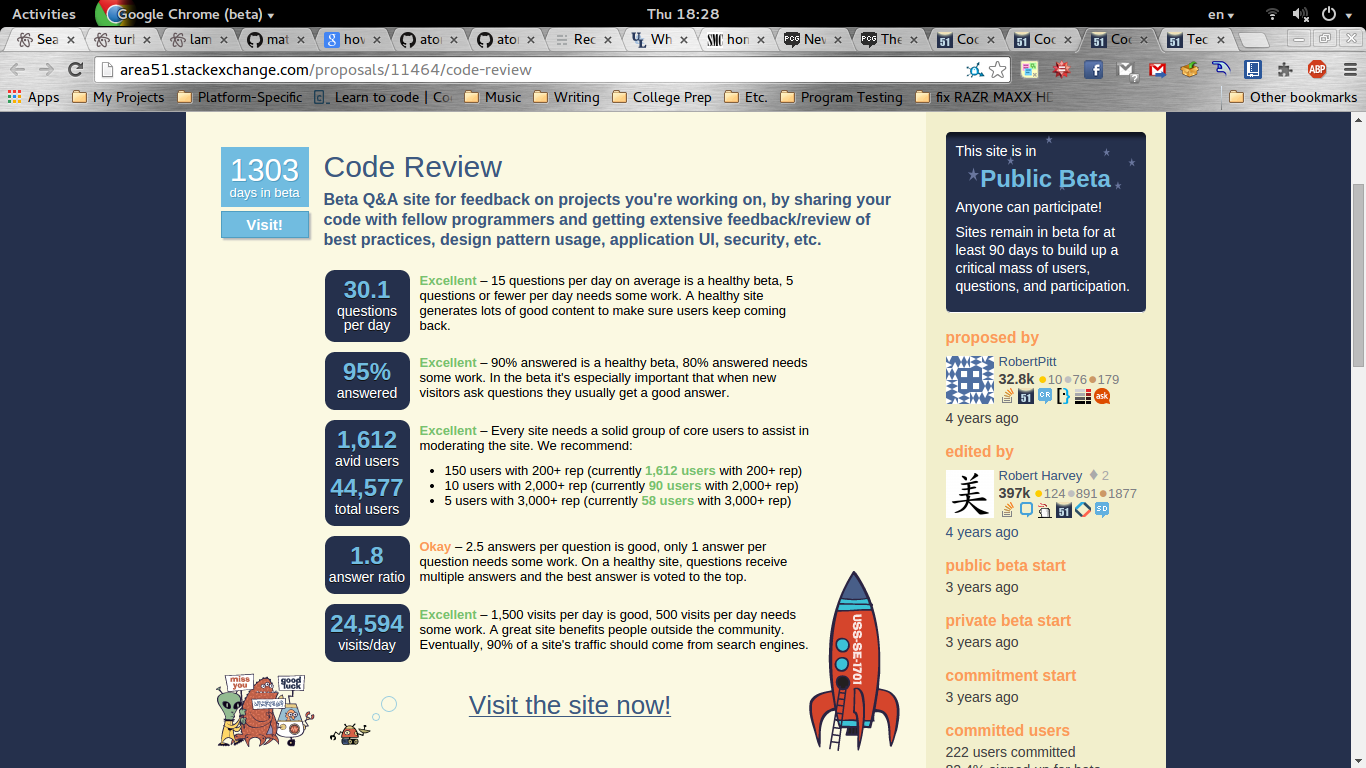 If you look, each of them look like they really should've left beta a long time ago.

In the case of PPGC, the culture is to think your question through before asking, and this results in a very active, increasingly problematic sandbox system that gets about 50-100 posts a month alone in proposed questions (not to mention hits and comments), but a very low new question count. And in this site's case, this didn't just recently happen. Also, the culture prefers questions to be reviewed first instead of posting it directly on the site.

In the case of Code Review, the whole point of its existence is to suggest edits and take an informal look at snippets of code. This makes it sometimes more inviting to suggest edits to the questions directly or edit answers to the question. It also doesn't encourage people to post nearly as many answers to questions there as on most other SE sites.

Is there any reason not to take exception to these two sites, stuck in the beta for only one reason apiece?

Also, as a side note, this one-nit issue might be taken care of in the future by instituting a slightly weighted system where the are individually important, but the overall is also taken into account. This is merely a suggestion, not very important or pertinent to this.

As I mentioned in the Code Golf meta thread, site graduation is decided (and implemented) by humans, not by computers. A site with perfect stats is not guaranteed to graduate, and a site with imperfect stats do get graduated (as you noted in your edit).

Yes, it's been a while since a site has graduated. This has come up in conversations I've had with some Stack Exchange employees, and they have good reasons, but I don't speak for Stack Exchange and so it's up to them to speak about it (or not). Just know that it's not news to me. :-)

Not the answer you're looking for? Browse other questions tagged area51-meta discussion public-beta .

17
Is it time to “graduate” or make a determination on some of the older beta sites?

17
Is it time to “graduate” or make a determination on some of the older beta sites?
6
Number of Blender users
3
Staff or moderator assistance requested.
3
Is less than 15 questions per day an indication of an unhealthy beta?
1
What *exactly* is the unanswered questions stat?
1
Etiquette regarding cross-semination of proposals and S.E.s
33
Rushed proposals and Community Moderation