Why are some possible duplicates bold?

Sometimes possible duplicate text, the name of the proposal/site is bold, while in other cases it isn't. This doesn't seem to be based on whether the proposed dupe is still in Area51 or made it to their own site, nor who is marking it as a duplicate. It also doesn't seem to be based on anything specific to my account, as it remains the same when I log out and check the pages. In some cases when there are multiple dupe markers on the same proposal, both bold and ordinary text is present. For proposals only marked as a possible duplicate once, there are cases of both bold and ordinary text. Here are two examples: 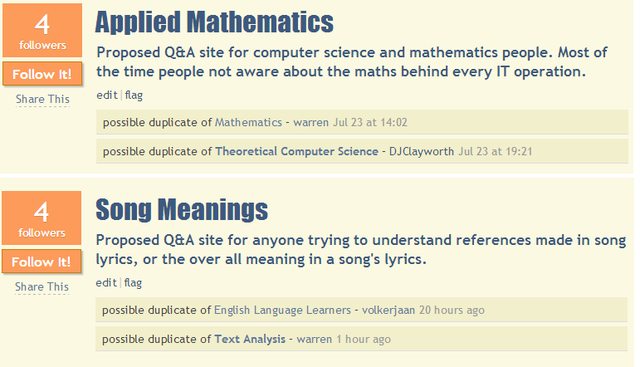 Do bold names mean something, and if so, what? If it doesn't mean anything, it might be nice to use this to distinguish when the proposed duplicate is an actual site vs. when it's just another proposal.